Dr. Mark Hickman MD. FACS is a New Braunfels, Texas-based doctor that specializes in performing microsurgical vasectomy reversals. It’s a surgical technique he has had great success with since he established his practice in 1988. He is recognized as one of the early pioneers of minimally invasive laparoscopic surgery.

Doctor Hickman is so passionate about reversing vasectomy procedures that's all he chooses to do. Even more remarkable is that this doctor performs vasectomy reversals for one reasonable all-inclusive cost. He also is a deeply religious doctor that believes he is doing the Lord’s work. Dr. Hickman does not attempt to hide that fact, like so many nowadays who are afraid they are going to offend somebody if they express their true beliefs. This esteemed microsurgeon stated that he firmly believes that a man and woman being able to conceive a child is a God-given right. He even went so far as to express that he feels blessed in being able to give the privilege of possible conception back to a couple after a vasectomy had previously taken it away. Dr. Hickman also prays with all his patients before any microsurgical procedure to reverse a vasectomy begins. 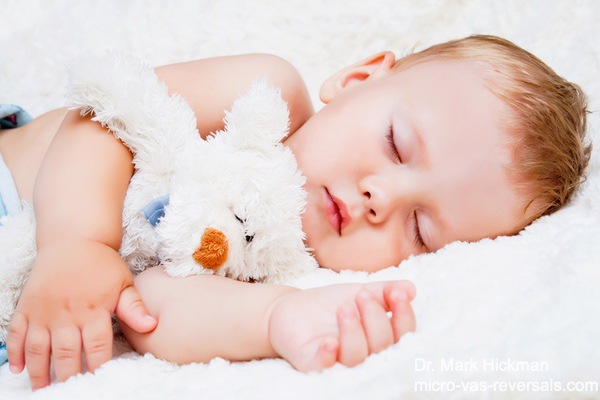 According to Dr. Hickman, he is not so naïve as to not understand people’s desire to get a vasectomy at some point in their lives, although he still does not agree with it. He knows that some people do not want more children for such things as financial reasons, concerns that a child may harm their significant other’s health, believing more children will make a household too large to manage, or when problems start to arise in a marriage. The reason people come to him to get Microsurgical Vasectomy Reversals is that there has been a change in thinking or a different relationship situation. This can be anything from a man finding a new partner that wants a child, pressure from an only child being distraught because they have no sibling, or even just a simple change of heart about having more children. That’s why he is so against men having vasectomies in the first place even though reversing them is his livelihood. This microsurgery specialist has performed well over 1000 vasectomy reversals to date. He also believes that part of God’s task for him is to make the cost of vasectomy reversal affordable to all. That’s why he only charges one of two reasonable flat fee rates for the procedure. The less expensive which cost around $3,300 uses only a local anesthetic and oral sedative during this minimally invasive microsurgery procedure. The other which costs $4,200 uses IV sedation that is administered by a board-certified anesthesiologist

Patients from all over Texas, Louisiana, and Oklahoma routinely seek out his vasectomy reversal services but it’s not uncommon for those from other states to request this procedure from him too because of his reputation for doing them right. Those couples who Doctor Hickman has helped get their ability to conceive back often leave glowing reviews to express how grateful they are. Sheilah Bradley stated, “Doctor Hickman performed my husband's vasectomy reversal in March of 2020, ten years after his vasectomy, and we conceived a few months later. My daughter arrived a little early, but our original due date was exactly one year after surgery. Dr. Hickman and his staff were all very knowledgeable and friendly, and the procedure itself was very affordable. We're obviously thrilled with the outcome!” Megan Palmer proclaimed, “Dr. Hickman performed surgery on my husband this past December. We picked December because it was the best time for my husband to take off for his work, but my job had a busy summer lined up, so we tried to not get pregnant until after my crazy busy summer. August was our first attempt at getting pregnant and I am so thankful and blessed to say that we got pregnant on our first try!! I am currently 16 weeks, and we have a healthy baby boy growing in my tummy! This is such an answer to prayer, and we are so grateful for you and your team! It had been 14 years since my husband's vasectomy, and we knew the percentages were lowered for us, but praise be to God that everything worked! In surgery, you told us that it looked good, and you were right! Thank you for using your gifts and talents for the Lord and thank you also for praying with us before you started the surgery. We truly believe our son is a gift from God and we are forever grateful!”

More about Dr. Hickman’s vasectomy reversal ministries can be read about on his website.