Suffolk County homicide defense lawyer Jason Bassett (https://jbassettlaw.com/practice-items/homicide-lawyer/) releases a new article explaining the different degrees of murder or manslaughter in New York. The lawyer explains that homicide and murder are very serious criminal charges. Being convicted of homicide can mean the loss of an individual’s freedom and future.

“Homicide is an umbrella term for various types of crimes in which one person is accused of having taken the life of another. Under the laws of New York, “homicide” is defined as causing the death of a person under circumstances constituting murder in the first degree, murder in the 2nd degree, manslaughter in the first degree, manslaughter in the second degree, or criminally negligent homicide,” the Suffolk County homicide defense lawyer says. 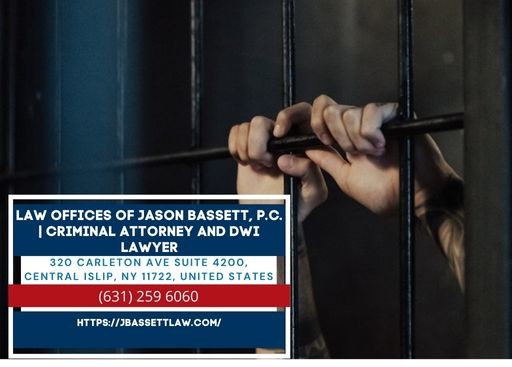 Attorney Jason Bassett adds that murder in the second degree can occur if a person causes the death of another person with the intent to kill them. Second-degree murder also happens if an individual causes the death of someone while showing a depraved indifference to human life and recklessly acting in a way that created a grave risk of death.

In the article, attorney Bassett adds, “Manslaughter in the first degree is generally charged when someone is alleged to have killed someone not intending to kill them but rather cause them serious physical injury or causing someone’s death under circumstances that show they were under the influence of an extreme emotional disturbance.”

Lastly, the lawyer emphasizes the importance of having a skilled defense lawyer when facing murder charges. An experienced lawyer may be able to help the defendant understand their rights and protect their freedom.

Jason Bassett, Esq. has dedicated his practice to defending the rights of those who are accused of a crime. He puts his unique perspective as a former prosecutor to work and provides the best legal assistance he can give to his clients. Mr. Bassett brings a unique combination of skill, experience, and zealous advocacy to provide his clients with the best possible outcomes. Contact him today at (631) 259-6060 to schedule a consultation.