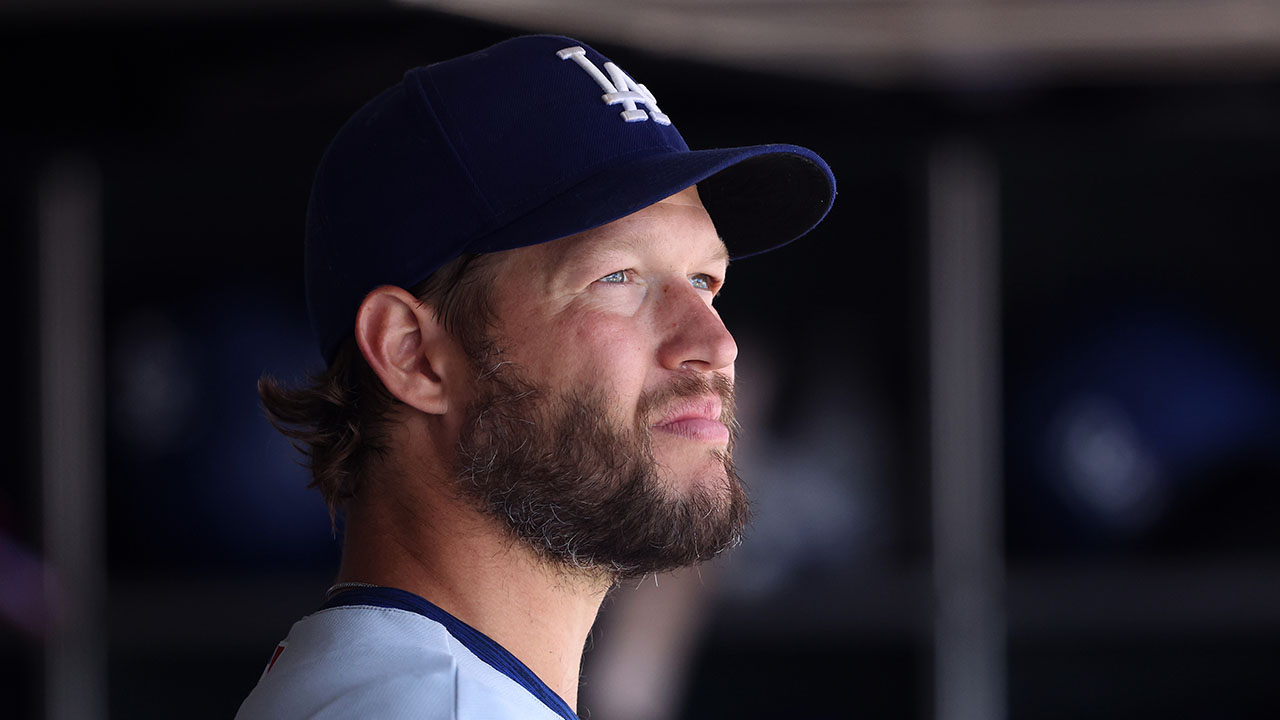 Los Angeles Dodgers pitcher Clayton Kershaw was placed on the injured list Friday with a lower back injury.
Kershaw left Thursday's game against the San Francisco Giants while he was warming up prior to the fifth inning.
Right before he left the game, he was seen telling trainers, "My back."
Kershaw, 34, has been hampered by injuries over the last several years.
He has not made 30 starts since the 2015 season.
This is now his 11th career IL stint, all of which have come since 2014, and it's his second this year.
CLICK HERE FOR MORE SPORTS COVERAGE ON FOXNEWS.COMDespite the injuries, the three-time Cy Young Award winner is putting up numbers similar to past years during his stellar career.
He has a 2.64 ERA with a 0.98 WHIP and 9.3 strikeouts per nine innings.
For his career, he has a 2.49 ERA, 1.00 WHIP and 9.8 strikeouts per nine innings.
DODGERS PLACE CLAYTON KERSHAW ON INJURED LIST WITH INFLAMMATIONHe also has taken two perfect games into the eighth inning this year.
Kershaw was named an All-Star for the ninth time this summer and started the All-Star Game at Dodger Stadium.
CLICK HERE TO GET THE FOX NEWS APPKershaw has made 15 starts this year after making 22 last season.
Source